Is your child showing signs of inadequate sleep? Daytime sleepiness, irritability, mouth breathing, snoring, and bed-wetting may be signs of a sleep disorder.

You may be surprised to learn that sleep disorders are common in children. The problems appear to peak between the ages of 2 and 8 years old, according to the American Sleep Apnea Association.

Sleep apnea – the inability to breathe properly while asleep – can happen at any age. However, a condition called obstructive sleep apnea (OSA) is particularly common among children. OSA occurs as a result of an airway obstruction, and enlarged tonsils and adenoids are especially prevalent during childhood. This swollen tissue can block airflow while a child is asleep.

The good news is that by the time a child is in his or her mid-teens, tonsils and adenoids aren’t usually an issue. Tonsils are less likely to become inflamed after puberty, while the adenoids slowly shrink over time and may all but disappear by the age of 15 or 16.

When it occurs in children, obstructive sleep apnea can be particularly dangerous. Continually not getting enough rest, especially when combined with low levels of oxygen in the blood (which occurs during sleep apnea), can significantly impact a child’s development.

Sleep apnea in children can lead to a failure to thrive, cognitive and behavior difficulties, as well as hormonal and metabolic problems. In short, inadequate levels of healthy sleep can prevent children from growing and developing as they should.

How to Tell If Your Child Has Sleep Apnea

The only way to accurately diagnose sleep disorders such as pediatric sleep apnea is with sleep testing. The Sleep Center at Georgetown ENT is a fully accredited sleep lab that can help identify your child’s sleep problems. In addition, Dr. Scott W. Franklin is an ENT surgeon who is board certified in sleep medicine. This makes him uniquely qualified to diagnose and treat pediatric sleep apnea.

Symptoms of sleep apnea in children and adults are similar, although a child’s symptoms may be less noticeable because:

If you think your child may have a sleep disorder, visit the Sleep Center at Georgetown ENT to find out. Call our Georgetown, Texas office at (512) 869-0604 or request an appointment now. 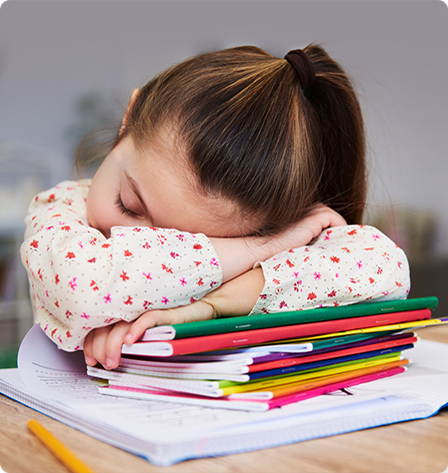